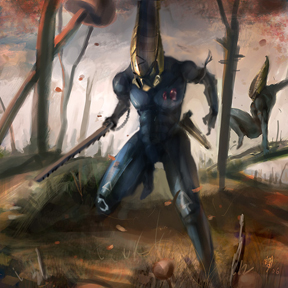 Sign ups for the Mike Mudd Memorial Tournament have gone up.

Entry fee : $25
Army rules
1750 pts
Allies Allowed
Fortifications: Fortress of Redemption Banned. All others allowed
Supplements Allowed
Forge World : Only things stamped with the 40K approved. You must be able to provide a copy of the rules at any time during the day. This must be a legitimate copy no photocopies or pdf print outs. 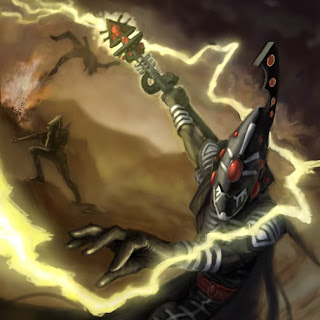 So, we've got our hall booked and paid for so we have our date.  So the 5th Annual Mike Mudd Memorial Tournament will be held on November 9th, 2013.  So for those that don't know what the MMMT is, it's a tournament that us at the Stratford Gaming Union put on every year (for 5 years now) that is put on in memory of one of our members that passed away at far to young an age.

This year it will be held in the same hall we had last year.  The Stratford Army & Navy at 151 Lorne Ave E, Stratford Ontario.  It'll be 1750 points and we'll be hammering out the rest of the rules as we get closer to the event.


So...as some of you may have seen I've created a red Ork boy in a jump pack.  I had some bitz and when I saw the jump pack I just had to paint the Ork red because my first army was Blood Angels and so if I was going to build an Ork in armor with a jet pack he just had to be red.

Now because of of new 6th edition I can play the Blud Boyz with the Wulf Boyz.  But now that I've built a test squad here I really want to make a 1750 point Blud Boyz army now. 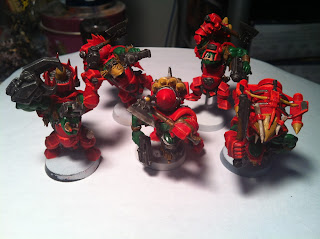 So, You'd think I'd learn right?

Not so much. So the Wulf Boyz are built up to a playable 1750 point list and works at 1500 points as well which are currently the only two points I really need to play at for up coming events. I never did plan to build it to big. I had looked around at all the parts I had laying around and started a new project. Proving as I said I just will never learn. 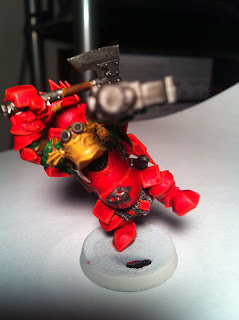 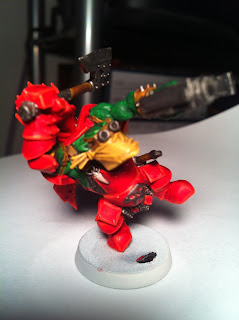 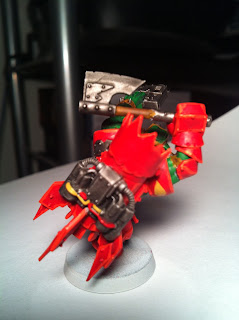 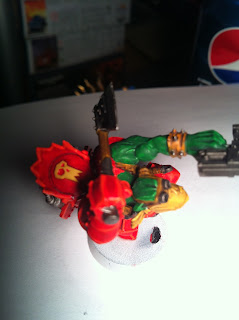 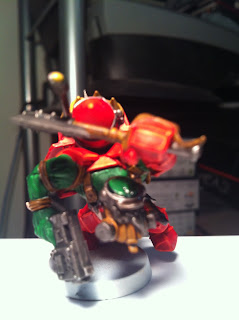 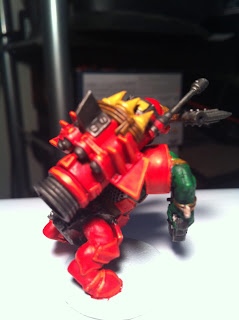 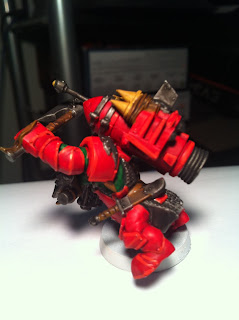 Posted by Aarkon at 8:06 PM No comments:

Where have we been?

So...We've been gone for some time and that's mainly my fault. I'm the guy that runs most of the social media and admin work on most of the Stratford Gaming Union sites. Running the forum, this blog our Facebook page and our twitter ( @StratfordGaming ) but a lot has gone on in the last few year that really has made me drop out of the hobby and thus the running of these sites. Not to bore you but to put it shortly I had started a new job at the same time burnt myself out of 40k and mini hobbies all together. This all came at the same time 6th Edition dropped which seemed a good time to take a break. I'm back though, I couldn't stay away to long. I've been playing 40k since 2nd Edition and with four armies I wasn't going to just stop forever. That said, planning for MMMV - The Fifth Annual Mike Mudd Memorial Tournament has started up with the writing of and testing of missions. You can bet Blood Bowl will be one of the first off the press. So with that I've started to plan out and re-work my 5th ed armies for 6th ed. My Iron Warriors which were mostly painted back in 3rd Ed need the biggest update. So my posts will probably start with my update to them.
Posted by Aarkon at 7:27 AM No comments:

Blog Update is the space I use to let you know about the recent changes and/or additions to the main blog that you might miss in passing. There are a few things that I have changed on the site so check em out! First off, I added a new page (they can be found in the top right hand corner of the page). This new page lists all the video battle reports that I have recorded and released onto my Youtube Channel They are listed, and easy to access and the links will take you directly to the video. So check it out, the latest battle report: 1500pts Grey Knights vs Dark Eldar - Astronomicon Toronto Test Mission I have also updated the Podcast Episode Index page to include Episode 10, so you don't have to scroll down and look for the episode. All the previous episodes are up there as well, so maybe check them out too! Well, thats all for the moment. Skari-out

This blog has been slowly dying and I will soon stop posting on it to save energy and time when posting. If you happen to come across this and want to check out the content that I post, check out my main blogsite here: Skared.Podbean.com this is also the site where I host my (mostly) Warhammer 40k podcast.

Cheers and thanks for tuning in!
Posted by Skari at 4:16 PM No comments:

Here is the latest Battle Report! Hope you like it its a two parter. 2500pts My brothers nicely painted Space Marines vs My Fully Painted Dark Eldar on a good looking table, what more can a wargamer ask for? Here is part 1 - The armies, introduction and mission parameters. Here is part 2 - The Game itself and final thoughts once it was over. Hope you liked it! Thanks for watching and there is more where that came from. Stay tuned! Skari - out.
Posted by Skari at 5:13 PM No comments:

Introduction: I strolled into the Gaming store this past saturday, once again. This time I had a scheduled game all lined up. If you know my story I have just recently moved into the area so I am fairly new to the community. This means that I have been trying to find my niche spot within the gaming tiers of the area. Last time I was at the store one of the -twins- called me out for a game, he said he had heard I was a -decent- player and therefore wanted to have a game. I was flattered (of course) that my reputation had preceeded me :D. I had heard of the -twins- over the last month or so from various members of the gaming community and they are held in high regard when it comes to list buinding (using powerfull lists) and their generalship skills. And so, with this I set out my army and we rolled for the mission straight out of the book. Mission? 4 Objectives Deployment? Pitched Location? Sir Games Alot in Barrie Ontario The Table: We made sure that there was enough terrain on the table this time, 25% and good LOS blockers. Then tried to mirror it as much as possible in an adepticon format. The green markers are the primary objectives.

The armies: I was using the same tournament list that I have been using since I got here and had to drop to 1500pts. It is a strong DE list that has a lot of synergy and can catch people off guard if they are not careful. At a glance the list only has 2 venoms... but at close range (12inches) the army shells out almost 80 AI shots. Hence not needing to rely on the venoms, and boosting 15 AT weapons for decent tank busting capabilities. (with 18 grenades if the wyches get stuck in). His list was a variation of Blood Angel razorback spam. Cheap squads, cheap HQ and then as many pts in firepower as possible. Of course this variation has adapted to the local meta and he has been using vindies rather than predators because of the prevailence of FNP and other foot troop armies in the area. The use of HK missiles was clearly because of certain DE players that love their night shields. At a distance he could target 6 different things a turn and then even more as soon as the fast vindicators got within range. So I was in for a fight! Dark Eldar Kabal 1500pts

A closeup of one of some of his painted figures. They will be looking good when he is done!

Fought on May 9th. Here is the latest video batrep. Enjoy!
Posted by Skari at 8:22 PM No comments:

Looking to get in touch with us? Send us and e-mail at stratfordgamingunion@gmail.com